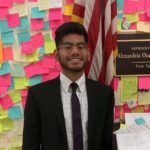 Nitin Subramanian (T’22) is the President of Duke Debate. He is a junior from Elk Grove Village, Illinois, and is studying statistics and public policy. Outside of debate, he works for the Duke basketball team, serves on DSG, and does political economy research. You will most likely find him procrastinating on the first floor of Perkins or wandering Durham in search of somewhat palatable Indian food. (nitinshankar.subramanian@duke.edu) 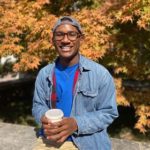 Ryan Williams (T’21) is the Internal Vice President of Duke Debate. He is a senior from Houston, Texas majoring in Political Science with a minor in Environmental Sciences and Policy. In addition to debate, Ryan is apart of the Duke Chronicle and Duke Student Government. In his free time, he reads classic fiction novels, makes an unhealthy amount of playlists, and takes pictures of his friends. (rcw33@duke.edu) 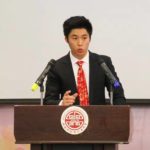 Evan Shen (T’23) is the External Vice President of Duke Debate. Hailing from Shanghai, Evan was heavily involved in World Schools and other forms of parliamentary debate since high school. He is currently a sophomore studying economics and political science. When he isn’t debating, you can find Evan in search of a good meal. In his free time, he frequently plays poker, chess, and any other game he can get his hands on. (evan.shen@duke.edu) 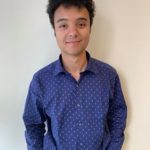 Nick (T’23) is the treasurer for Duke Debate. He is a sophomore from Queens, New York City, and is studying English and Creative Writing. Outside of debate, Nick works for the literature department. In his free time, he can often be found in random nooks in Perkins writing edgy essays while drinking a latte. Be warned, he will ramble about 100 Years of Solitude if prompted. (nicholas.bayer@duke.edu) 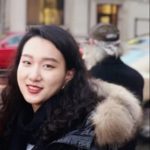 Leslie Li (T’23) is the Secretary of Duke Debate. She is a sophomore from Nanjing, China and is considering studying public policy and statistics with an interest in science and society. Outside of debate, she is involved with Duke Chinese Theatre and works for the Library Acquisition Department. In her free time, she loves watching musicals at DPAC, inventing new dishes and thinking hard about rhyming words for her song lyrics. (yunfei.li@duke.edu) 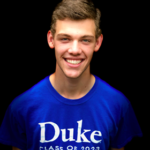 Gavin Gwaltney (T’23) is the Social Chair of Duke Debate. He is a sophomore from Charlotte, North Carolina, and is studying public policy. Outside of debate, Gavin is a student disciplinary advisor for the Office of Student Conduct, on P-Waves staff, and does public policy-related research. If he’s not on campus, you will likely find him at the Washington Duke Golf Course. (gavin.gwaltney@duke.edu)